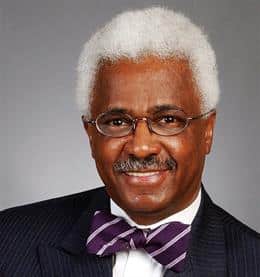 Access to corporate executive suites generally is blocked to racial minorities. Despite recent interest in recruiting African Americans as members of boards of directors and senior management, progress remains slow. However, Dr. Charles F. Desmond has managed to reach the pinnacles of power in Boston. His path of progress can help inform others about the development of those qualities — especially courage, commitment, competence and compassion — that lead to success.

Desmond recently was appointed as the Chief Executive Officer of Inversant, a Boston-based enterprise founded in 2009 by social entrepreneur and economist Bob Hildreth. Inversant uses innovative tools to inform low- and middle-income families about saving for college. Desmond’s role there is a natural next step in a career spent traversing the public, private and nonprofit sectors in banking and human capital investment.

Through the years, Desmond’s service includes board membership at Wainwright Bank & Trust (acquired by Eastern in 2010) and then Eastern Bank, and the State Board of Higher Education (its former Chair, he remains as a Senior Fellow). Desmond also has occupied senior executive positions at the Trefler Foundation and UMass Boston (associate chancellor). He also served as an adviser to former Governor Deval Patrick, who appointed him to the State Board.

Add to the mix his numerous national, regional, and local responsibilities as a trustee of groups focusing on urban youth development and higher education. Desmond is a graduate of Northeastern University (BA in sociology), the University of Massachusetts (Ed.D.) and Harvard (certificate in educational management).

Desmond was born and raised in Massachusetts in a large family with modest income. Now 71, he sat down with Banner Biz recently to share his thoughts on breaking barriers and the qualities of leadership, drawing on two seminal experiences: Vietnam combat and playing pool.

“Vietnam made me — being on the battlefield, in a situation where literally I did not know if I was going to live to see the next day,” Desmond told Banner Biz. “That really gets your attention, when you’re surrounded by enemy and you’re trapped behind enemy lines, and you don’t know if you’re going to survive. I made a promise to God that if I get out of here, I’m going to do something constructive with my life. I cannot go around being the person I was before. I’ve got to be something different. I’m worth more than what I’m seeing right here in this situation.”

Desmond went on to achieve distinction — he won a Silver and Bronze star for his wartime valor — as a man who helps those fighting other kinds of battles, the kind rooted in poverty and prejudice.

Another military slogan that impelled Desmond forward is, “Veterans don’t whine — they work to win.” Back from Vietnam and driven by his rice-paddy pledge, Desmond turned his life around.

One asset: He was a pool shark. “I knew what it took to be good at pool, so I know what it takes to be good at anything,” Desmond recalled. “You’ve got to put the time into it. You’ve got to study.” Being a pool shark carries with it important life lessons. For example, when you keep at it, you get better. “You’ve got to practice thousands of three-rail shots in the corner so that when you hit that ball, you will know that it’s going to go in,” Desmond said.

As a hustler, you develop a strategic sense about what it takes to outwit the other player — something to keep in mind when caught up in corporate politics.

When Bob Hildreth, Inversant’s founder, announced Desmond’s new assignment, he said, “I’m glad to see someone as capable, invested and compassionate as Charlie playing a critical role as the CEO of Inversant.” He also noted the paucity of racial diversity in executive positions. “You find around Boston a lot of diversity on boards — much more so than in holding the levers of power,” he told Banner Biz. “So the CEO, the ED [executive director] positions are those that we need to see a lot more people like Charlie controlling.”