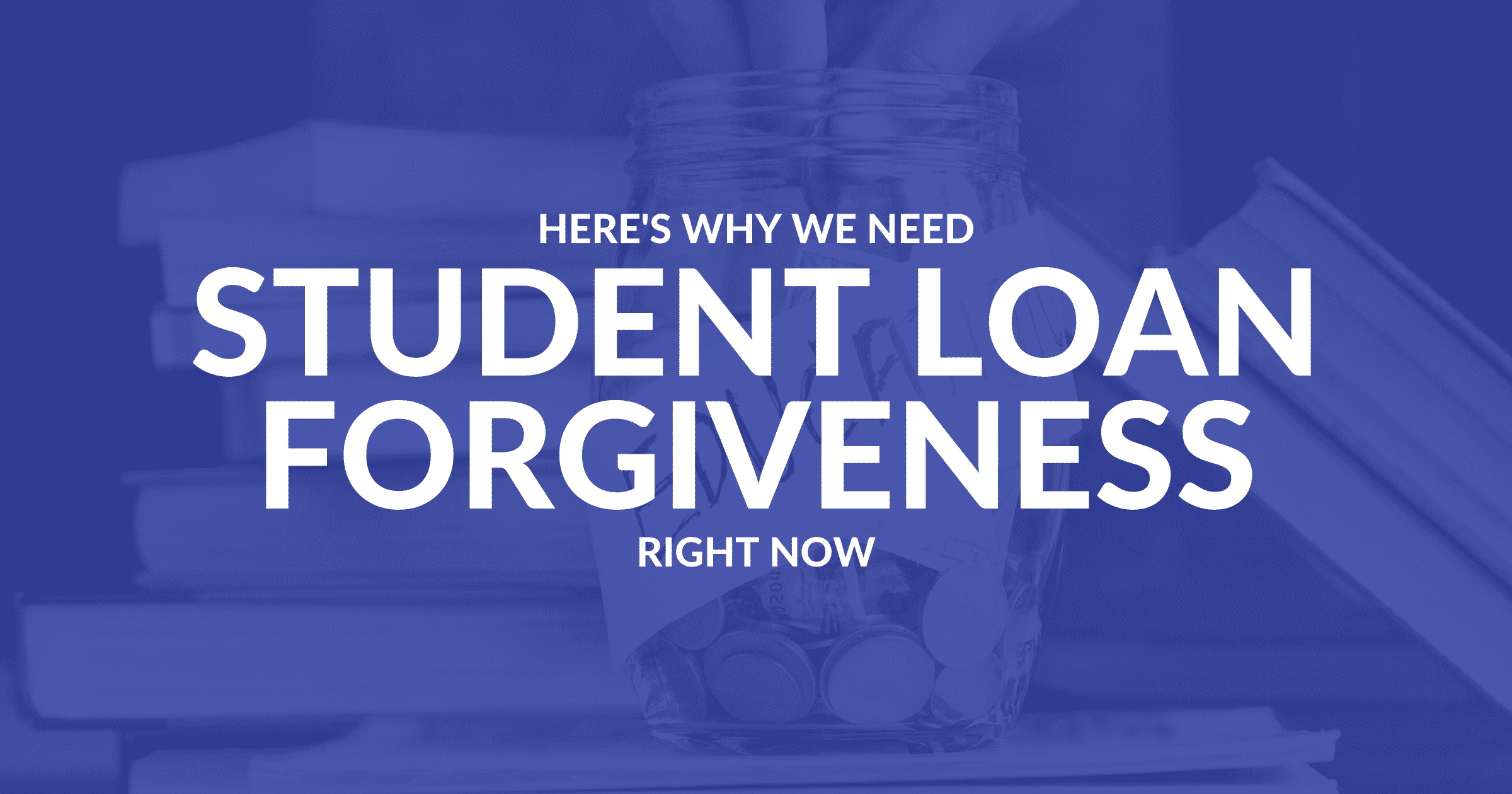 A close examination of wealth in the U.S. shows the deep inequalities faced by Black Americans.

From earning gaps to student loan debt, and retirement savings, the disparity is staggering.

Fast forward to 2020 where wealth disparities persist at an alarming rate.

Much of this is rooted in centuries of systemic racist policies.

In an earlier blog, I discussed reparations and some longer-term policies. While it is a start, we have a lot more work to do.

The Case for Student Debt Forgiveness

I want to start with the elephant in the room.  We never should have allowed student debt to become the financial aid tool we use to assist students.

This is especially true when you consider how it has affected low-income/low-wealth households.

Asking disadvantaged populations to mortgage their future was and is irresponsible. You shouldn’t have to finance higher education through debt.

Worse than that, you shouldn’t have to listen to trite advice that says “don’t worry, it will all pay off.”

We didn’t see the obstacle course that it was to complete college and find a good-paying job.

We also failed to recognize the structural racism, sexism, and elitism that they’d face. These three are baked into our system, tripping them up every step of the way.

So we leave them standing alone to pick up the pieces and pay back their debt.

The unfortunate part is that there is no end in sight. Financing college education through debt is more common than ever. And it continues to aggravate existing racial, social, economic, and gender inequalities.

Data shows that for all racially marginalized groups in the United States, pursuing higher education and repaying student debt is disproportionately burdensome.

Using the most up to date data, Steinbaum shows that the more debt cancellation there is, the more racial wealth inequality is reduced.

Findings indicate that those with lower economic status hold the lion’s share of outstanding student debt.

While student debt was once a marker of privilege, it has become a mark of lack of privilege.

The spread of coronavirus and its economic destruction are once again exacerbating racial inequalities and wealth disparities.

The lack of centralized strategic response to managing the COVID-19 pandemic coupled with the government’s unwillingness to listen and enter a dialogue with civil rights activists is setting our nation onto a destructive path.

While drafting the new stimulus package, Congress shouldn’t miss an important opportunity.  They have the chance to hear and meet the demands of those marginalized for too long.

Instead, troubling news is emerging from the Republican Senate and Trump administration officials.  It is clear they are unwilling to provide relief or protection to borrowers in their proposed HEALS Act.

The automatic suspension on student debt repayment will likely not be extended. This will have disastrous effects:

Details of the plan also show that borrowers will need to choose between two ‘simpler’ repayment plan options:

This untimely simplification of the repayment schedules actually risks penalizing many borrowers who will be forced to move into more expensive repayment plans.

The proposed HEALS Act completely misses the mark. Now, more than ever, it is time to address the urgent needs of borrowers and to recognize that student debt is a pressing equity issue.

For those whose student debt won’t be completely eliminated, the repayment pause should be extended.

Even before the COVID-19 pandemic, the United States was facing a student debt crisis.

By underfunding higher education and passing the costs onto students in the form of heavy student debt, we have widened wealth inequalities, particularly racial wealth disparities.

There is no better time to reverse course by canceling student debt and adequately funding our higher education system to make it a debt-free proposition for students.