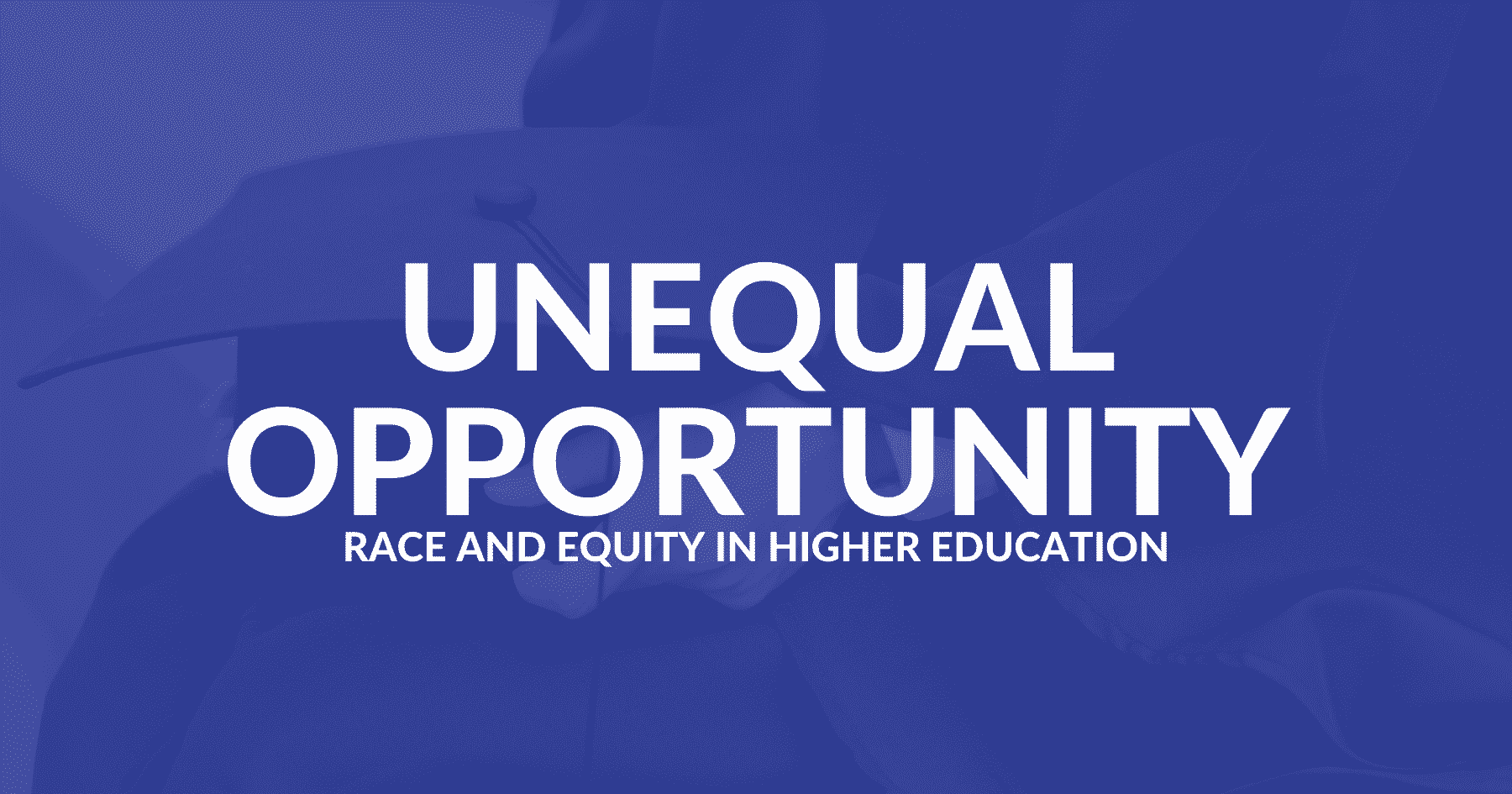 In her poignant essay “What is Owed,” Nikole Hannah Jones paints a compelling picture of the inequity and inequality faced by black Americans. In it, Jones shares the disparity between class, income, and wealth.

“So much of what makes black lives hard, what takes black lives earlier, what causes black Americans to be vulnerable to the type of surveillance and policing that killed Breonna Taylor and George Floyd, what steals opportunities, is the lack of wealth that has been a defining feature of black life since the end of slavery.”

Wealth is power, security, and peace of mind.

Our higher education system, like our entire system, has failed at providing black Americans a path to building wealth and financial stability.

Black and African American communities have long dealt with a targeted message: The belief that a college degree is the key to upward economic mobility.

There’s the promise of higher wage premiums – the difference in wage between college and non-college graduates. The result is higher wealth formation, which is central to the great American Dream.

But for black communities, it’s remained an unattainable dream.

While a  college degree might bring higher wages to black people, it still falls behind their white peers. This explains the stubborn and growing wage gap between white and white communities.

However, when it comes to forming wealth, college does nothing for black Americans.

In fact, the authors of the study conclude that whites are the only racial or ethnic group for whom college provides a reliable wealth advantage over non-college graduate families.

The racial gap in wage premium and in wealth formation can only be explained within the context of the deep racism embedded in our society, which spilled over in our higher education system.

For many black people, affordable higher education could and should have been a ticket out of poverty. But first, their choices were slim since many colleges were segregated.

When they were finally admitted to more colleges, the price became increasingly prohibitive. This meant taking on larger and larger amounts of student loans, which trapped black households in burdensome debt.

And it doesn’t end there.

Black students are explicitly targeted with racial terms by predatory low-quality for-profit schools, which saddle them with high debt, and worthless or no degrees.

Statistics show that almost 70% of African Americans who borrow to attend a for-profit college default on their loans within ten years.

While it’s clear that these bad actors are responsible for some of the racial disparity in college debt, data shows that regardless of the type of higher education institution they attended, one-third of all Black or African American borrowers defaulted on their loans within six years of starting college, compared to just 13 percent of their white peers.

Meanwhile, black college graduates owe $7,400 more on average than their white peers, according to a recent Brookings report. Once they graduate, black youth have a harder time finding a job and, when they do, their wages are lower than their White peers.

As a result, the black-white debt gap more than triples to $25,000 over the next few years after graduation! We should not be surprised that black households are thus experiencing more hardship repaying their debt than White graduates.

The racial wealth inequality or the heavy student debt burden weighing down black households is only the tip of the iceberg. As Nikole Hannah Jones reminds us, ‘liberated’ black slaves started their new ‘free’ life with nothing.

Only White slave owners received compensation for the loss of their ‘property’ at the end of slavery. And over the last 150 years, we’ve not only failed to recognize that slaves, whose lives and human labor had been exploited, ought to be compensated, but we have continued to deprive black Americans of all opportunities given to white people.

The GI bill, for instance, which is deemed a huge success for fueling economic prosperity by providing business and housing loans, education, and vocational training to millions of veterans, systematically excluded black veterans.

In a recent podcast, Nobel Prize-winning economist Joseph Stiglitz urged the need for reparations by proposing a program analogous to the GI Bill specifically for black people.

Another complementary and longer-term policy to close the racial wealth gap would be the enactment of universal children development accounts, or baby bonds.

This policy would not only redress the overall wealth inequality present in our country but also provide a vehicle to distribute reparations to black Americans descended from slaves.

The advantage of disbursing reparations directly into baby bonds is that its usage would be restricted to wealth-building purchases, like a down payment on a house, college tuition, or starting a business.

It would also serve as a race-neutral intervention to solve the deep wealth inequality present in the US as all babies born would have an account opened in their name. Aside from reparations, the government would also deposit annual payments to all accounts with amounts progressively linked to the household income of the child.

While reparations and wealth distribution policies are essential to close the persistent racial gaps, they must be accompanied by a set of racial equity reforms that ensure health, housing, education, economic, and criminal justice.

Short of these essential and just measures, our nation cannot heal and move forward.